Everything You Need To Know About Concrete Pumping 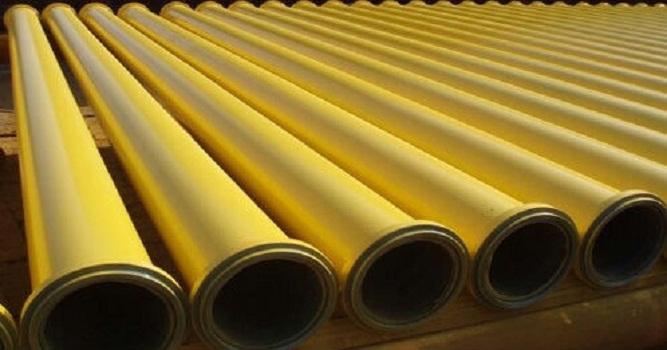 Till the first half of the 20th century, concrete was mixed manually on the spot or the site and ferried from the cement mixer to the formwork either in wheelbarrows or in buckets hauled by cranes. This became a very labour intensive job. So in 1927 the German engineers Max Giese and Fritz Hull devised the idea of pumping concrete through pipes.

What is a Concrete Pump and the Types of Pumps

A Concrete Pump Pipeline is so devised that it can transfer liquid concrete by pumping. This invention pumped concrete to a height of 38 meters that covered a distance of 120 meters initially. Gradually with the advancement of technology and science it became possible to scale an even bigger height which is why the construction industry has experienced a magical boom.

There are two kinds of concrete pumps: the boom concrete pump and line pump or trailer mounted concrete pump. This machine comes in handy where it is not very easily reachable except by man force which involves a lot of money and time. When an ongoing project is of a huge magnitude such a machine is the essence of the whole project and it becomes the driving force of it.

How a Concrete Pump Works?

A valve then regulates which piston is to open into the hopper and which will open into the discharge pipes by changing over each time the piston reaches the termination point of the cylinders. This valve allows between alternating in drawing the prepared concrete and discharging it in higher volumes to higher altitudes. A Concrete Pump Pipeline Manufacturer can very helpful here by supplying a good quality pump.

A boom concrete pump is fastened to a truck or the longer units are placed on the semi-trailer. It is called so because the pump makes use of a remote-controlled articulating robotic arm (also known as a boom) to transfer the liquid concrete precisely.

Boom pumps works wonders in projects which are massive in magnitude because of their efficiency in pumping high volumes of liquid concrete and saving on high labour costs. They are a comprehensive proxy to the line-concrete pumps. These pumps are best suited for large industrial projects and high-rise buildings.

The other principal type of concrete pump is either mounted on a truck or on a trailer and is frequently referred to as a line pump or trailer-mounted concrete pump. Steel or flexible concrete placing hoses are manually equipped to the pump at one end and the outlet at the other end for the out flow of the liquid concrete. The concrete must be of a suitable consistency for the liquid to be transported upwards and used.

These ducts are wedded together leading to the place where it is to be poured out. The length and the diameter of the hose pipe vary according to the need and capacity of the ongoing project. This kind of a pump is adequate for pumping lower volumes of liquid concrete and smaller volumes of concrete placing applications such as swimming pools, sidewalks, ground slabs, low-rise constructions and slabs for a sole family home.

Benefits of a Concrete Pump

The benefits are many in using these pumps. It is time saving while at the same time it pumps up high volumes of concrete. It can very accurately reach far flung areas which is impossible manually. The most important thing is it is cost effective as it requires less man force. To get a project completed successfully a Concrete Pump Pipeline Supplier is the most valued person of huge projects.

This entry was posted on November, 19, 2021 at 17 : 57 pm and is filed under Concrete Pump Pipeline. You can follow any responses to this entry through the RSS 2.0 feed. You can leave a response from your own site.